How Do You Evaluate Your Team Performance? – Hacks That Work 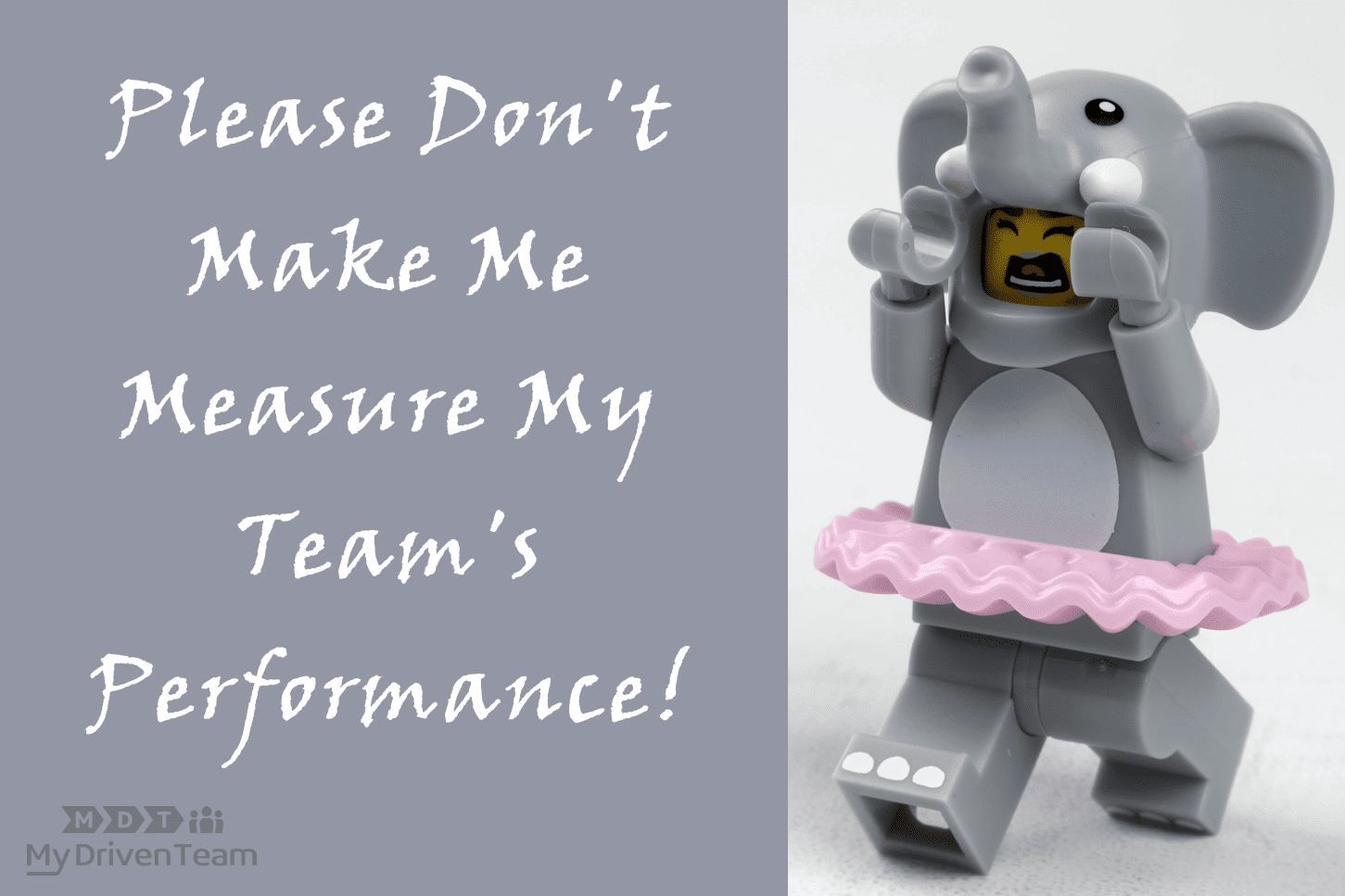 Over the years, I’ve helped many Leaders develop performance metrics for their team. Some of these metrics did a great job of telling the story, and others did not. I always value both sides of the coin, because it allows me to learn and share the things that work and avoid the ones that don’t. This article is not about individual performance reviews. That is for a future post…

Evaluating a team’s performance can be tricky. Too much info and you get overload; too little and you get a false sense of success. The best evaluation gives clarity on where the team is winning (green) and where there is room for improvement (red). Add to that a mechanism to take action on the red and follow up / follow through on those actions and you have a great recipe for continuous improvement!

Admittedly, all of that may seem over-simplified in a high-stress and complex work environment. So, let’s dig a little deeper and try to break-down the fundamentals…

Set a baseline and a target.

I like to use a Google map analogy. In order for any team to get to a destination, they’ve got to know where they started from and where they are going. The starting point becomes a baseline from which you can measure from. One thing that is different from a google map here is that you’ll want to measure that baseline over a period of time so that you remove any variations that may not represent the typical result. That allows you to take the next step and set a reasonable target.

Once you have a clear baseline, setting a target is usually as simple as saying, I want to be X% better. You fill in the X. Keep in mind, the X usually comes with a certain amount of emotional energy. If it was easy to do, you’d already be there, so expect some anxiety and resistance. If your team is expressing that, good…use it!

What I mean by this is don’t let that energy go. Ask lot’s of questions. Why are you reacting that way? What is stopping us from getting there? What can we do to overcome? Whatever comes out is a roadmap to success; even if it seems like a bumpy road. Just be sure to capture all of that and create a plan that you can follow through on.

Lastly, you’ll likely figure out that the team needs to understand why the destination is worth the effort. If you don’t have this figured out (what’s in it for them), you might want to start there.

I would say the most common issue I see in developing a team evaluation strategy is complexity. As many times as I’ve done this, even I still fall into the trap of adding in too many layers of performance metrics. Having just the right number of metrics is a real skill. The good news is, typically what happens is that if you have too many metrics, the team and often the Leader will gravitate to 1-3 metrics that really speak to them (and the rest tend to fall away).

If you notice that you have too many metrics, don’t panic! Take a step back and really ask yourself how important they all are. I remember once I had a huge dashboard filled with metrics and someone challenged me to cut them in half. My first reaction was to say they were being ridiculous. However, once I started speaking with my team-members and drilling down into each area of the business, we realized there was waste. After a week or two of logical discussion, we did it. We literally cut our entire dashboard for 10 different departments in half!

The key here is simplicity. Just ask yourself these questions as a sort of checklist:

A leading indicator is simply a measurement of something that “leads” to a results. An example here would be, the amount of sales calls made over a given period of time leads to a result of more or less sales. Ideally, if a Sales person makes more calls, he or she will get more sales. The sales are literally a result of the amount of calls made. Almost every process has the ability to have both leading and lagging metrics.

Leading metrics are good in the sense that they help you get ahead of the result. Often times, if you only measure a result, it can be too late to impact the outcome. However, if you start with the leading, you can adjust to improve the result.

That being said, I have to be honest here and say that I’ve had mixed outcomes using leading indicators. Earlier I spoke about simplicity. What I’ve noticed over the years is that by adding leading indicators, teams quickly feel overwhelmed with information. If you pick 3 result driven metrics, you can easily end up with 6 metrics (each with their own leading indicators).

Are Metrics the Only Way?

Ultimately, metrics are the way to go here. You want that clarity of red or green (winning or losing). However, metrics don’t always tell the whole story at the beginning. Sometimes you need a bridge to results. I find that using an audit of some sorts can help get you a snapshot of current state and help a team get a vision of the the future state they are headed towards. Typically, you can do a few google searches and find a example audit. If that doesn’t work, you can always hire a consultant to help you create one. Of course if neither of those work, just brainstorm with your team and they can help you figure this out.

Praise in public & criticize in private

This is a lesson that I learned the hard way. Evaluating a team’s performance sounds pretty mundane, however I can promise you that to the team-members, it’s not! If you are a team leader, you’ve got to understand this concept:

Anything said in a public setting is shouted through a megaphone. The more people that hear it, the louder the megaphone.

It’s one thing to say, “we are in the red on this and need to figure out solution”. It’s another thing to say, “hey George, why is this red and what are you planning to do about it?”. The first one is acceptable in a public setting and can be followed up with questions about who and what we need to solve the issue. The later will cause negative emotions, defensiveness, and can crush creativity.

Of course, how you say these things matter as well. You’ve got to know your team, their communication style and willingness to be creative. But again, keep in mind the megaphone. Whatever they are bent towards, the megaphone will push them further than you expect every single time.

All of that said, there are occasions when you have to push the team. We’ve all seen those locker room sessions where the team leader gives a great speech that criticizes and challenges to the team to win. This is awesome if you can pull it off. I’ve had a couple of these in my career, but that’s just my opinion…I’m not sure the team I was speaking with would agree. In real life, I’ve rarely seen these pulled off with any real result. Realistically, people don’t need speeches, they need Leadership that is supported with action.

How To Handle Poor Performers

In the heading, I referenced “criticizing in private”. That really says it all. Public shaming is as bad as it sounds. Not only does it make the receiver feel lousy, it will likely have the team wasting energy talking about that person was treated. Don’t get me wrong, the team needs to know that they are losing so that they can adjust their strategy or tactics. What you don’t want is to put all of the blame on a person and call them out in a public setting.

The better approach here is to acknowledge the area where there is a performance gap and quietly ask that person for some time to focus on the issue. Once the door is close and the spotlight is shinning, then it’s time to listen, break down the problem, address the behaviors that led there, and map out the path to success for that individual. Just keep in mind the criticism sandwich that I wrote about here.

How To Handle Top Performers

Some would say, top performers need nothing. They are already winning, so leave them alone! This actually can be a very good strategy, IMO. I guess it really depends on the person. Here are some things to consider:

Have a clear standard (green or red)

Create a way to follow up on action items

If there is an Achilles heal to any organization, this is it. The reason is simple, people procrastinate. They are almost under stress, there’s always more to get done than what they have time for, and the day job typically wins. So, if you are leading a team and don’t have a way to follow up and follow through, don’t be surprised if you get stuck at some point.

That said, if you can design a way that works for you and your team to do what they say they are going to do, it’s a powerful tool to overcome obstacles. Here are two of the most common tools I’ve used:

Link performance to something that matters

I saved the best for last here. Whether you are trying to win an Olympic Race, achieve a National Sales Award, or break an Industry Safety Record, having a real purpose matters. This isn’t just something I’ve seen in a Tedx Talk, I’ve experience it. Get your purpose right and it changes EVERYTHING! Skip it, or get it wrong and the rabbit holes a team can go down are endless. Take the time to craft, practice, and hone the purpose of your destination. I’ve written a bit about this here.

Nobody likes to be evaluated and few enjoy the process of evaluating. It just feels icky. However, if you want to win, it’s part of the deal. So, if you follow the steps I’ve outlined above, you will get much further than most. Just be sure to have fun along the way. Smile, acknowledge the wins, and crack a joke now and then. People are funny like that. If you find yourself taking this all too serious, take a step back and remember who you are dealing with. These people have lives outside of work and any one of them could be your boss some day. Treat them how you want to be treated and you will always have their respect.