Focus on the yellow, not the red.

If you are in the construction industry, you already know where I’m going here. If not, let me clarify. In the business where I’ve spent nearly 15 years, yellow and red make all the difference. Specifically, in steel construction, checkers use those two colors to identify mistakes from non-mistakes (yellow = good & red = bad). Checkers look over a drawing to insure it’s accuracy, so it’s their job to make it right.

The major problem here is that the “non-mistakes” are not identified as successes because there is so much emphasis on what is wrong; for good reason. Use the wrong dimension on a beam and someone could get seriously hurt! That’s not to mention the actual cost for replacing the beam and the cost of the site work to be ground to a halt.

Technically, there isn’t much you can do about this. It’s part of doing business. Everything that’s right is highlighted yellow and everything that’s red is a mistake. However, after a while this becomes part of the culture.  Identifying mistakes rapidly becomes so ingrained that people really have a hard time recognizing the good things that are being done around them.  They literally tune them out!

According to a non-scientific study of a select group of the “Top 100 Best Places To Work” done by Catlette & Hadden, there are three commonalities in the culture of highly engaged companies*:

I’m going to take this one step further to make my point.  One of the most important factors that motivates employees or team members:

People want themselves and their work to be appreciated.

Let’s face it, who doesn’t want that?  Even CEO’s (sometimes especially so) want their work to be appreciated.  Unfortunately, when this kind of focus on the “red” culture develops; long-term, it has to be one of the most de-motivational things I’ve ever seen!

Just imagine if you carried a 95% accuracy in your job.  That seems pretty good, right?  It doesn’t matter in the slightest; if your boss only focuses on the 5% that is wrong.  It means, that no matter how well you do, you will be criticized.  Ugh!  That does NOT sound like fun!  And I can promise you that it’s the quickest way for team members to dis-engage.

That’s why I’m going to challenge YOU to focus on the yellow and not the red for one week. You have to acknowledge the red; don’t get me wrong.  But wherever you see yellow or good work being done (which is probably a lot more) recognize that equally so. Whether it’s your own work or someone else’s.  This includes your personal life as well.

Just be sure to really keep track here.  Don’t do this loosely; write it down if you have to.  Keep track of time spent praising and time spent criticizing.

I know it’s over-simplified, but I believe that if you will do this, you will not only bring joy to yourself and those around you, but you’ll also notice a significant change in their attitudes as well.  The best thing about this is that now you are re-enforcing good behavior, so people will gravitate towards that and they will gravitate towards you!  Win-win!

Question: What kind of results have you seen by doing this? 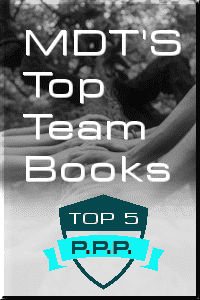 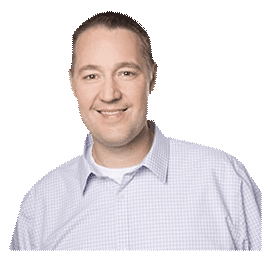